The history of Gran Hotel Potrerillos dates back to 1940 when its construction began, marked by a significant increase in public works, specifically in the tourism sector.

This hotel designed by the great architect Arturo Civit, who in those years ruled the Mendoza Architecture Department, was declared a Provincial Heritage and noted for its Spanish - Californian character.

At that time, it had a rusticity that was perfectly adapted to the characteristics of the climate, the topography and the luminosity of the area. The indigenous materials of the region such as tiles, wood, stone and locally produced bricks contributed to give it this style.

Twenty-five years later it went through a period of instability that led it to close its doors twice. The first, in 1967 due to the slowness of the access road works.

But in 1970 large investments were made that allowed it to reopen in 1971. Three years later the Casino was installed and during the 1978 World Cup it was the place chosen by the Dutch and Polish teams.

However, in 1990, the hotel management company went through several economic difficulties that were brought to a new end with the provision of service. From that moment on and for about a decade, it remained in the hands of ex-employees, until in 1999 it closed again.

In 2005, the idea of reopening the Gran Hotel Potrerillos emerged, giving it the tourist and cultural value it deserves. Facing up to its recovery from years of abandonment, both in its building structure and in its surrounding environment, entailed the responsibility to incorporate new requirements in line with current needs, without denaturalizing its character strongly incorporated in the collective memory of Mendoza.

Today, meet again with locals and foreigners, becoming a new icon of the mountain hotel. 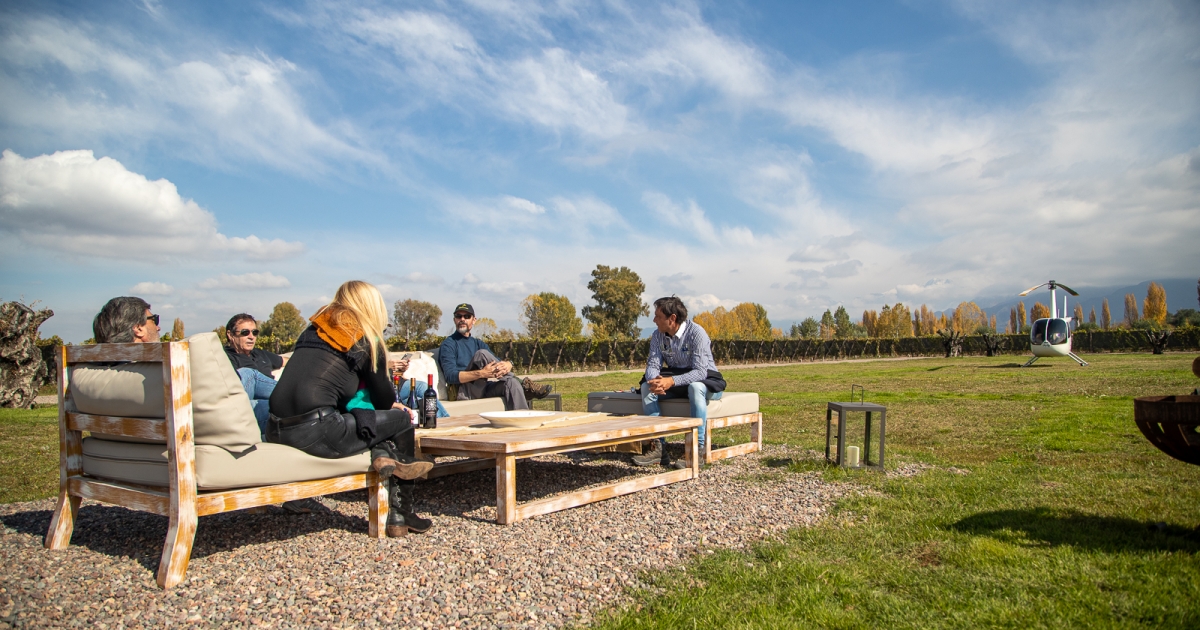 This program is available for the Luján de Cuyo region. 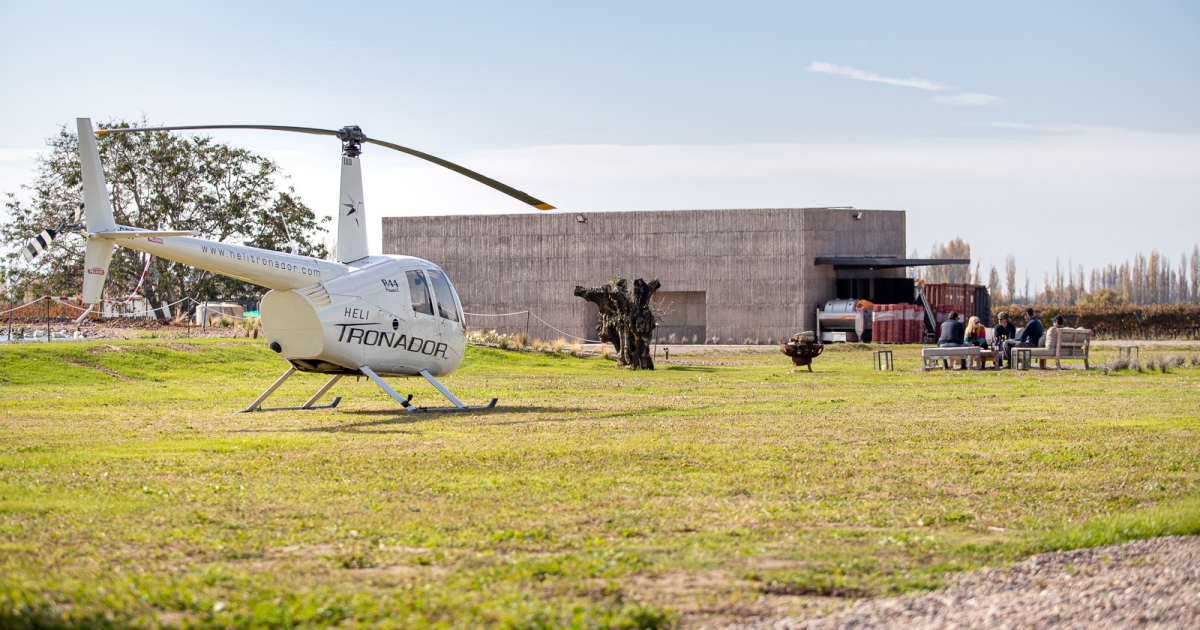 Héctor and Pablo Durigutti always dreamed of sharing their history, transmitting their origin, their essence, and reflecting it in the wines they create. 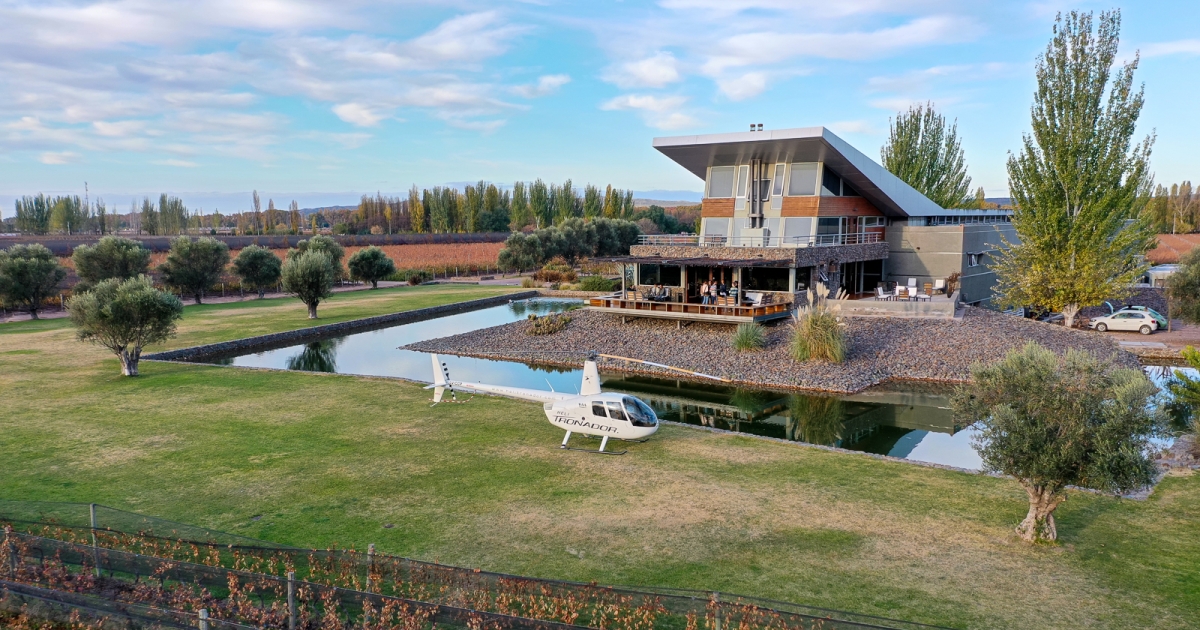 Bodega Melipal was founded in 2002 by the Aristi family with the commitment to initiate a story of perfect encounter between the vineyard, the terroir and man, so that it has its maximum expression in the wines it makes. 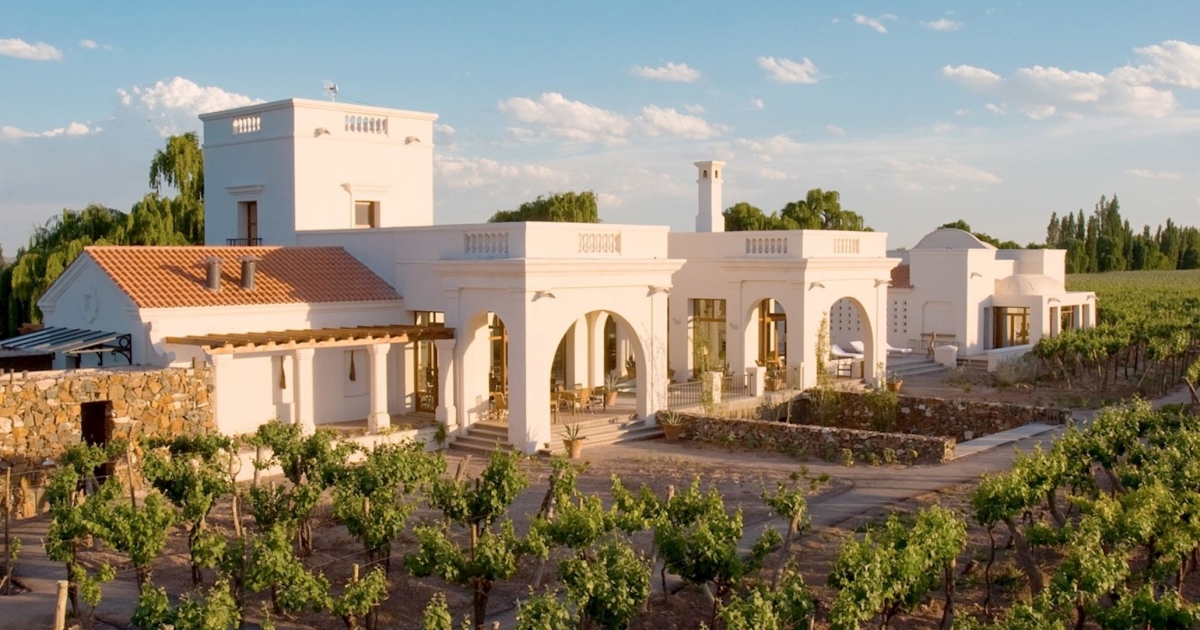 "A wine paradise at the foot of the Andes Mountains". "One of the 7 most romantic places in the world." "One of the 10 best resorts in South America." "The place to sleep under the stars." 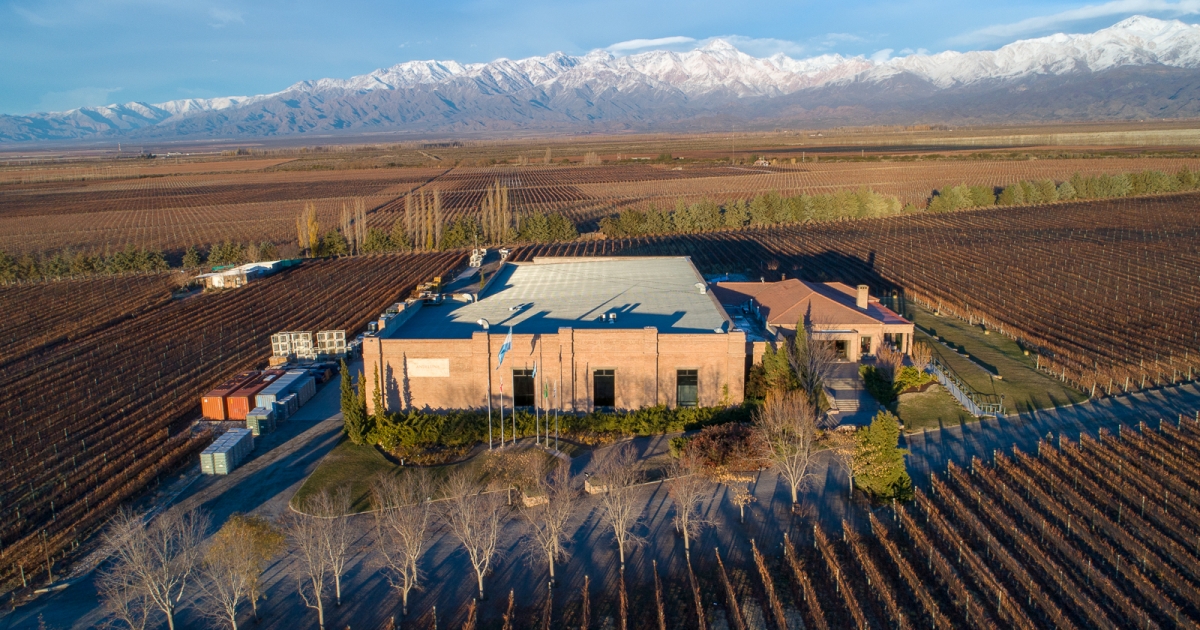 In the heart of Gualtallary, the cradle of great wines, Andeluna awaits you, a winery that expresses great respect for nature and the terroir. Its architecture enhances and accompanies the surroundings of mountains and vineyards. 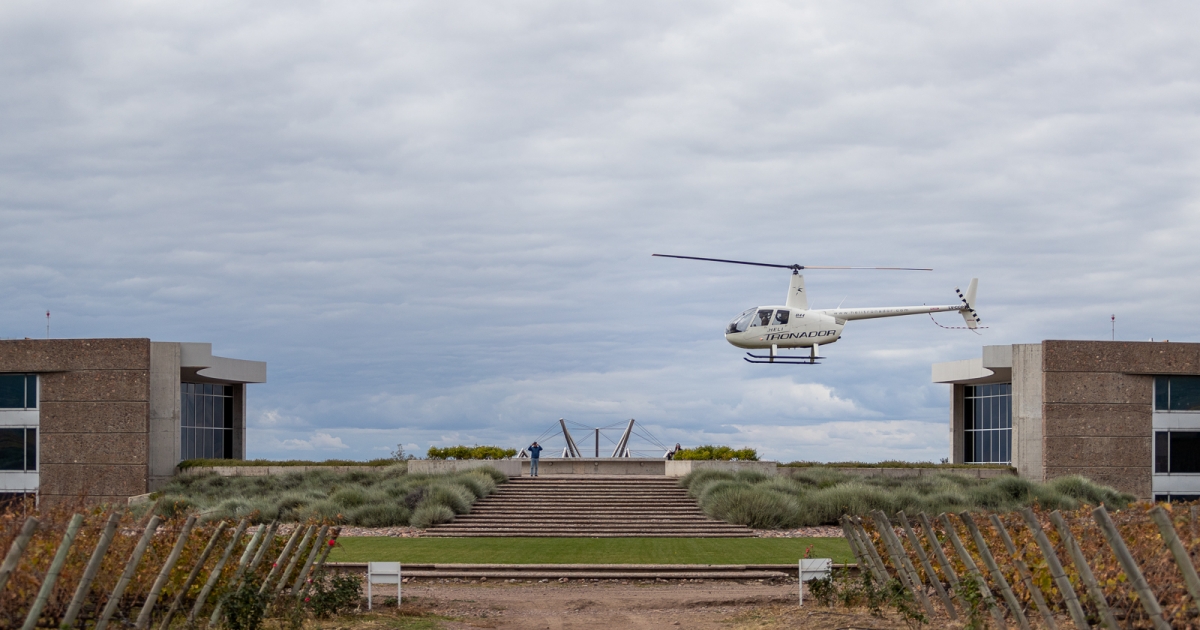 Bodega DiamAndes, co-producer in addition to the prestigious Clos de los Siete.
Its architecture blends with the wonderful Andean landscapes, allowing the production of wines in exceptional conditions since the 2007 vintage. 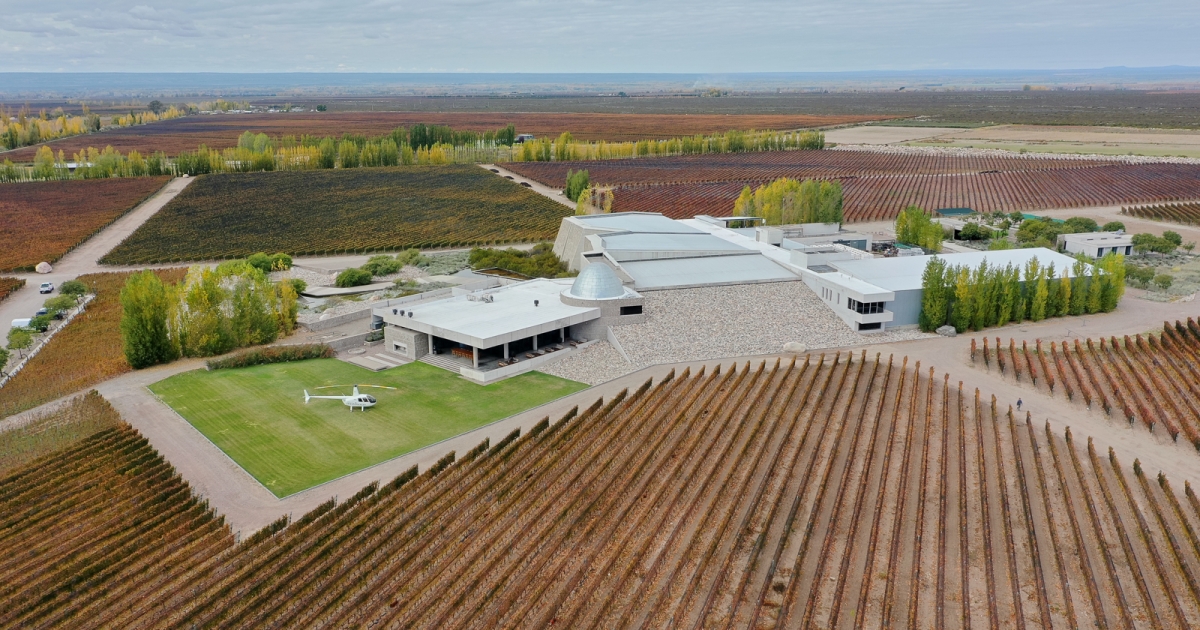 In 2020 it was again chosen as the best winery in the world and South America. Sebastián Zuccardi affirmed “I live it as a recognition of a family that believes in the place where they live and cultivate, because the winery is inspired by the Andes Mountains, which is what determines the identity of our wines. 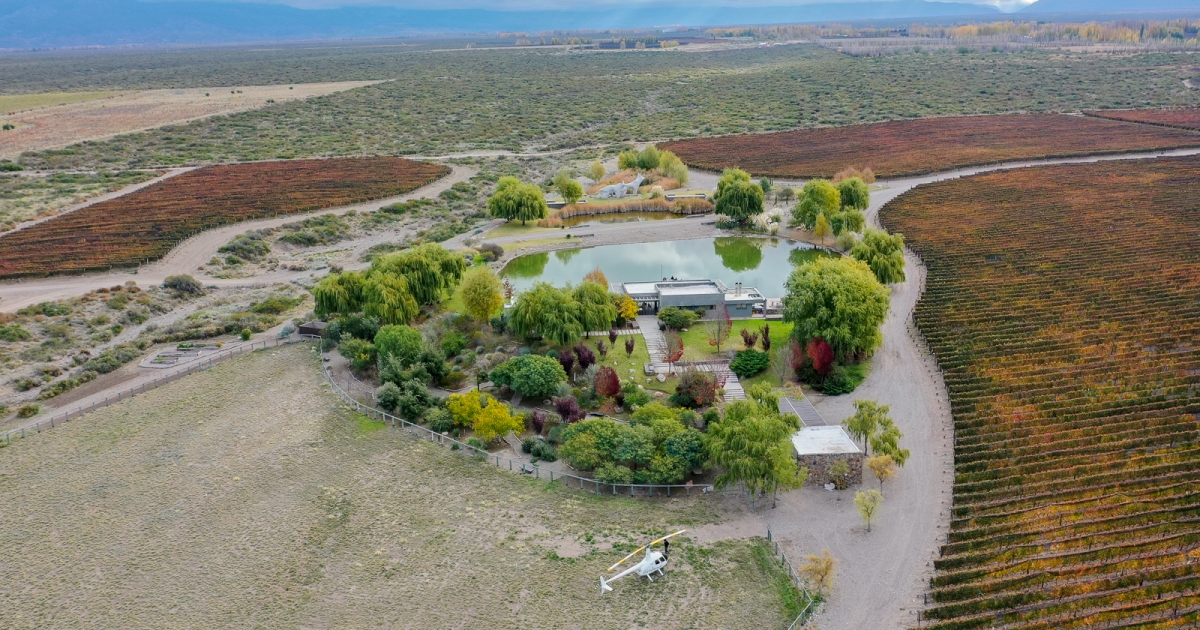 The mountain range in the background, the panoramic view of the Uco Valley, the exquisitely located works of art on the farm and the warmth of its people all conspire to create an unforgettable experience. 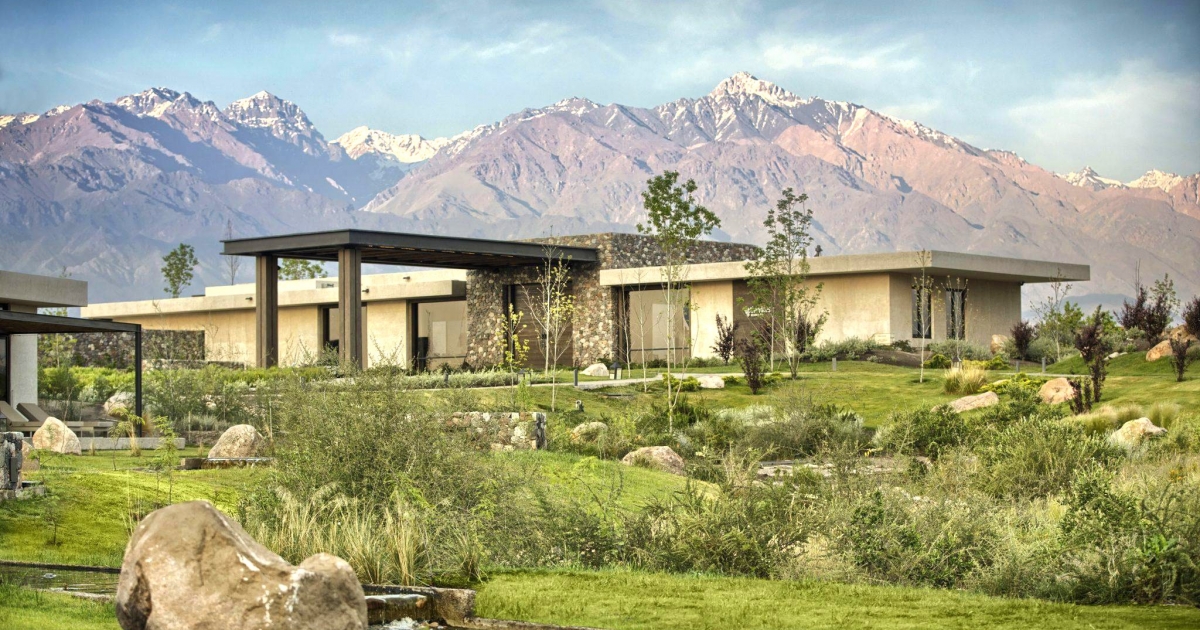 The Vines of Mendoza is much more than an extraordinary place in the Uco Valley. It is a way of being and a lifestyle. Rooted in the pleasure of producing, drinking and sharing good wine, it is an invitation to enjoy the natural beauty of the region and its warm hospitality. 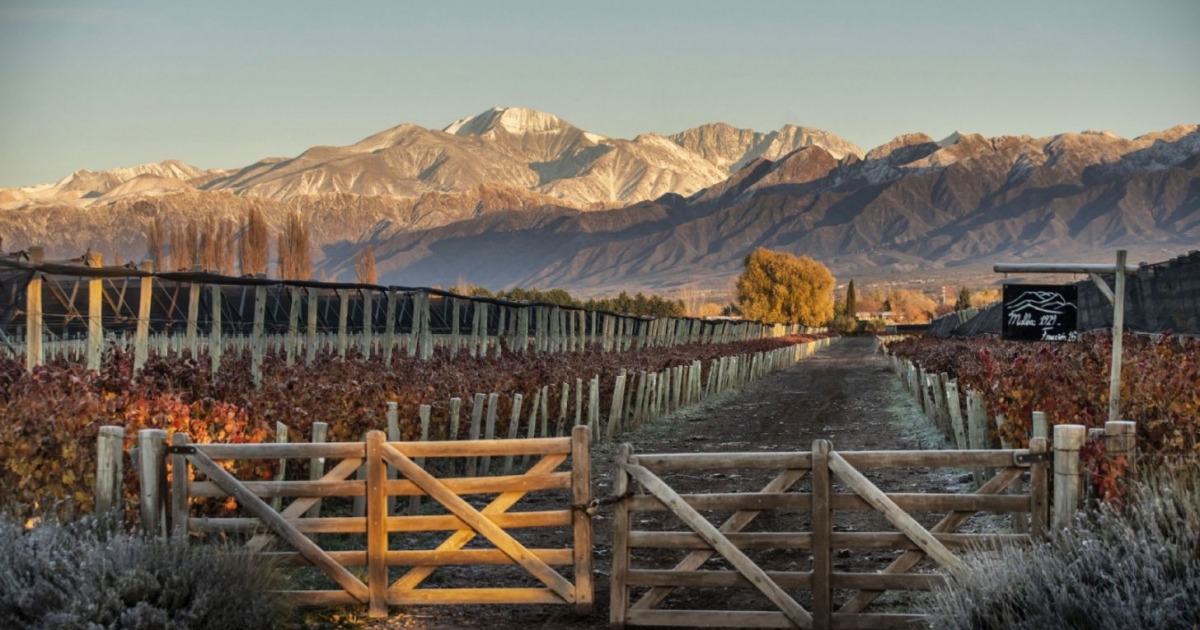 In 1999, Château Cheval Blanc started a joint project with Terrazas de Los Andes and thus Cheval de Andes was born. Since then, a blend with the Bordeaux style and the predominance of Malbec has become the emblem of Cheval des Andes. 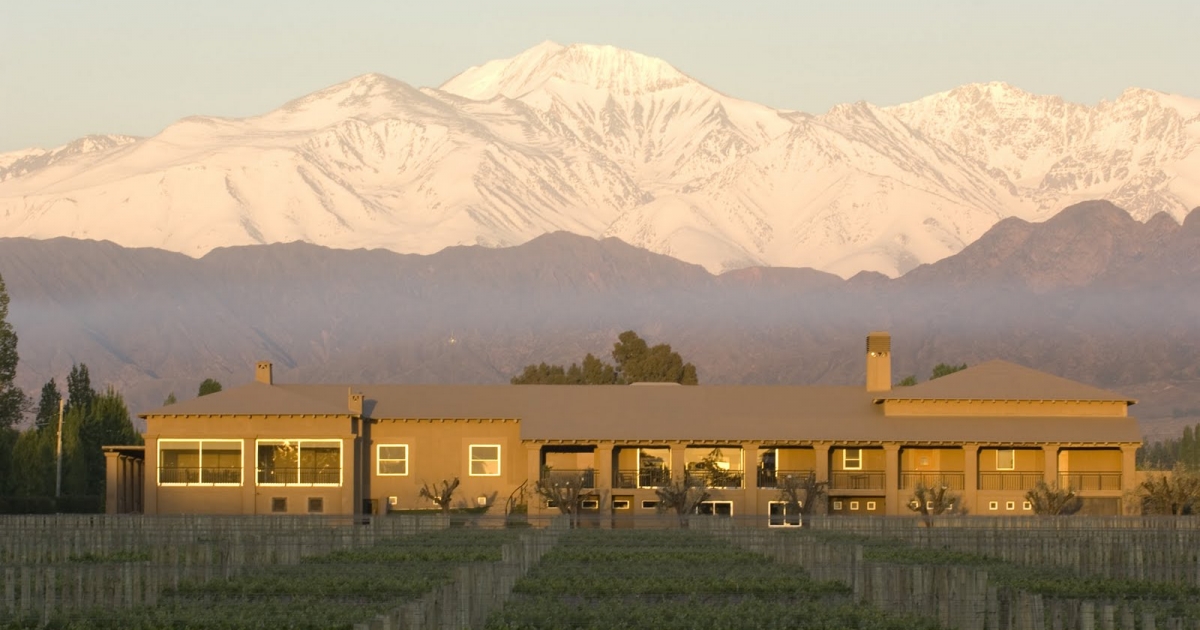 Bodega Vistalba was founded in Mendoza in 2003 by Carlos Pulenta, the third generation of a traditional winery family. He built the winery on a family estate in Vistalba Luján de Cuyo Mendoza and thus began to pour all his experience and passion for making wines into a family project. Finca Decero is a winery that in 2000 decided to start "from scratch" under the premise of caring for its land and in-depth analysis of the environment, the soil and its climate. The Pulenta Family has been linked to Argentine viticulture for four generations. The sons of the winemaker Antonio Pulenta and descendants of Italian immigrants, Eduardo and Hugo Pulenta, gave life to Pulenta Estate in 2002, providing experience and the most qualified workforce. 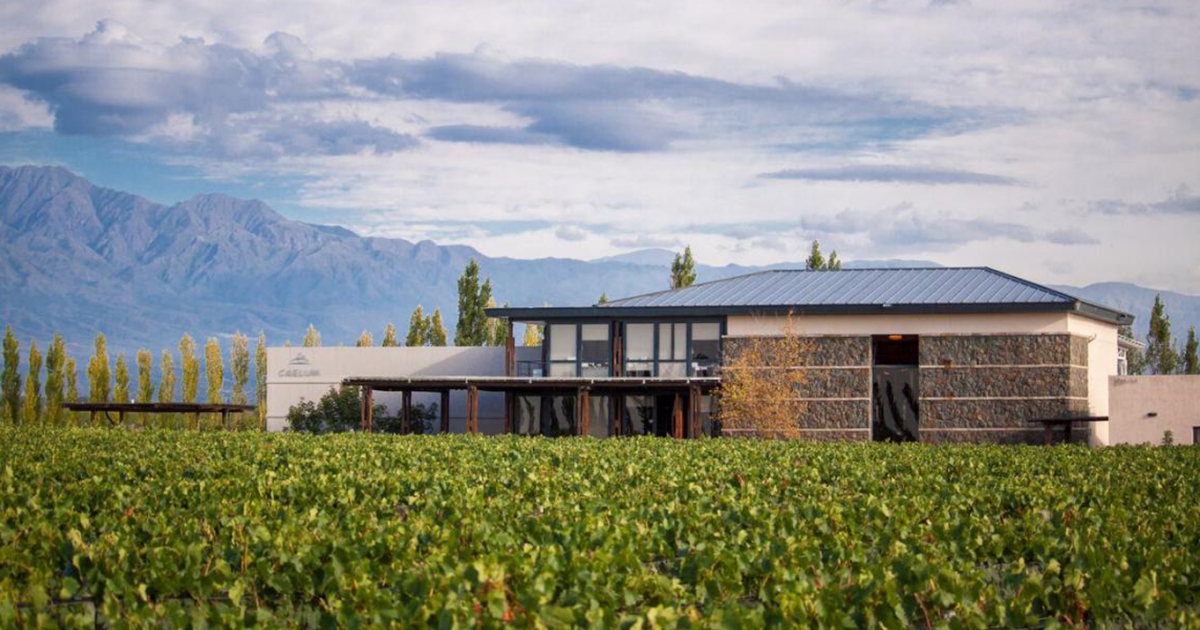 Caelum wines are made with the estate's own grapes, located in Agrelo, Lujan de Cuyo, and each plot has a destination: a portfolio label.